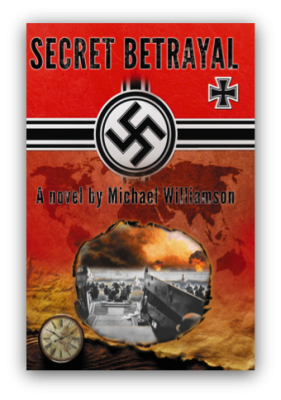 A novel of historical fiction that provides a gripping narrative of the depradations of war, family, and the romance that can blossom in trying times. This exciting novel Secret Betrayal follows two lovers in a heart-stopping journey through a world torn apart by war. Well-researched and full of adventure and intrigue, Secret Betrayal explores the redemptive power of love, even in times of unimaginable personal suffering and sacrifice. Fans of romance, adventure and historical fiction are sure to enjoy Williamson’s gripping novel.

If you are looking for Digital Editions, please click your preferred format.

Read Additional Reviews and order a hardcover copy off of Amazon: