COMING SOON In 30 DAYS: Experion offers you a Special Offer opportunity — SAVE $2.00 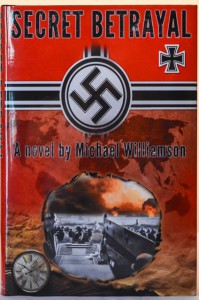 After escaping her abusive stepfather as a teenager, Carla Offenbach found sanctuary in Berlin. Years later, Carla is a woman of great wealth, the owner of one of the most wildly successful cabarets in Berlin, a city glittering with bright lights and lavish, carefree parties. But when the realities of war in Europe finally cast a shadow over Berlin, the German people are forced to retreat into their homes, leaving Carla no choice but to close the doors of her establishment. In a desperate attempt to save her own life and livelihood, Carla finally gives in to the brutish demands of her most devoted patron, Nazi party minister Reichsleiter Martin Bormann, a terrifying and ruthless man who dreams of succeeding the Fuhrer Adolf Hitler. Carla, who has always vehemently disagreed with Nazi politics, now finds herself in league with Bormann, as part of his secret military unit.

At the behest of Martin Bormann, Carla is tasked with planning and executing the capture of Marine General Roger Collum, the youngest member of General Dwight D. Eisenhower’s senior staff, a man who attended the meeting that set the final dates and locations of the Allied invasion. With a bright military career ahead of him, Collum has spent years in India, perfecting his revolutionary designs for the Allies amphibious landing craft, during which time he also was a student of Kundalini yoga. Knowledge of this ancient yoga guides him to make the startling decision to give up the invasion plans the Germans so desperately need. Carla soon finds herself in a dangerous love affair with the very man she was given orders to capture, as the plot charges to a surprising finale.

Michael Williamson’s exciting novel Secret Betrayal follows Carla and Collum in a heart-stopping journey through a world torn apart by war. Well-researched and full of adventure and intrigue, Secret Betrayal explores the redemptive power of love, even in times of unimaginable personal suffering and sacrifice. Fans of romance, adventure and historical fiction are sure to enjoy Williamson’s gripping novel.

THE DREAM OF THE FATHERS 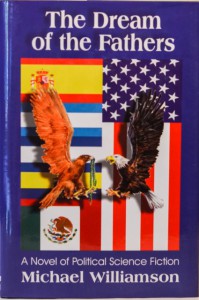 This newly published author creates an intriguing vision of our future: America in 2178 is just two years away from the country’s eighty-fourth presidential election. America will never be the same. Decades of change have led the American majority to a date with destiny and one man has been propelled to the forefront of American politics. That man, the one man who will deliver the American dream to the disenfranchised majority, is Senator Steven Hidalgo.

But the opposition forces are powerful and practicality has caused them to jettison the cumbersome concepts of ethics and morality for the explicit rewards of success. Their only reality is control and their only chance at continuing that reality is bound within the next presidential election.

Welcome to politics in the twenty-second century, where loyalty and trust are heirlooms to a political landscape that takes no prisoners. But woven like a powerful incantation into the social fabric of the oppressed majority is a two hundred year old love story that offers a last glimmer of hope.

Coming Soon! But, this thrilling offer will not last long, and you will miss out on the best opportunity to get both of these riveting novels at this great price!